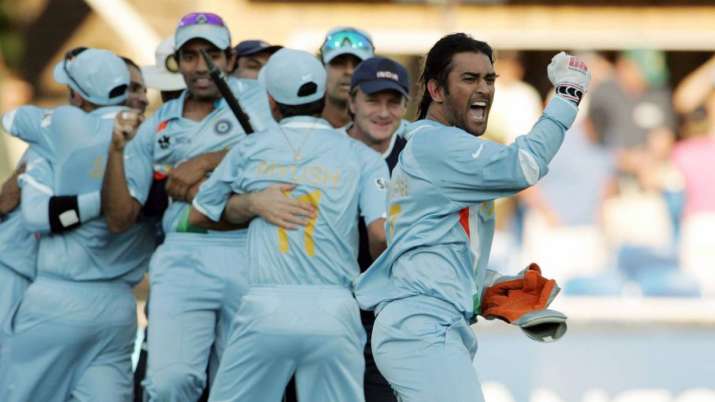 India-Pakistan rivalry is all set to get into action on October 24, Sunday as the two sides open their campaign in the prestigious ICC Men’s T20 World Cup 2021. As the two heavyweights engage in the upcoming high octane match scheduled at the Dubai International Stadium, it brings back a string of memories from the previous encounters.

Here we journey you through India vs Pakistan epic clashes from the earlier editions of the T20 World Cup.

Batting first after winning the toss, India had managed a total of 141 run, courtesy of Robin Uthappa’s half century and contributions from other players. The similar carved up Pakistan unit played the same way during the chase where Misbah-ul-Haq’s fifty kept them in the contest until the last bowl of the match where he was run out. Unlike the super over concept now, the format had bowl-out for the contests concluding in a tie. 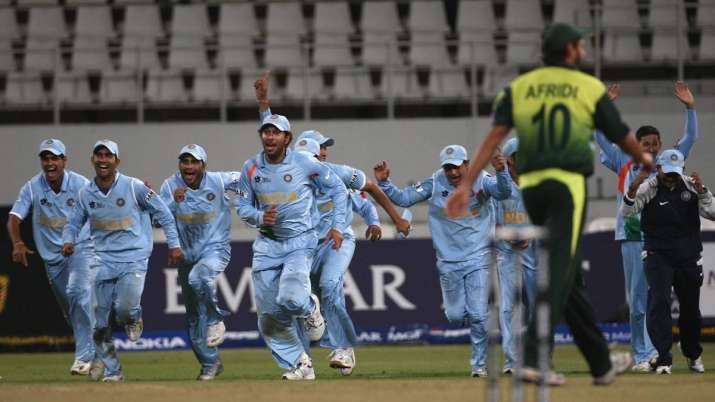 The close-necked India-Pakistan league match during the 2007 T20 World Cup in Durban comes back with fond memories- the way the game had panned out. The match concluding in a tie followed by a bowl-out that too in the inaugural edition took some time to settle in then. While the bowl out was gripping, the preceding happenings of the match nearly glued every cricket fan in the iconic contest.

Pakistan needed one from two balls. Sreesanth spearheaded the Indian attack in the final over. Half centurion Misbah missed the first one, had mis-hit the other and then was run out on the final delivery of the game.

The ecstasy in the bowl-out was equally interesting as the entire match. Surprisingly, India’s decision to use Virender Sehwag, Robin Uthappa, Harbhajan Singh- the slow bowlers who could just bowl straight, did the trick. Besides, Dhoni standing up to the stumps to make the wicket-hitting target very clear enabled India take straight three wickets in successive deliveries.  Pakistan, on the other hand, used Shahid Afridi,  Asif Arasaf and Umar Gul, all of whom struggled to get bowl the straight deliveries and hit the stumps even a single time. 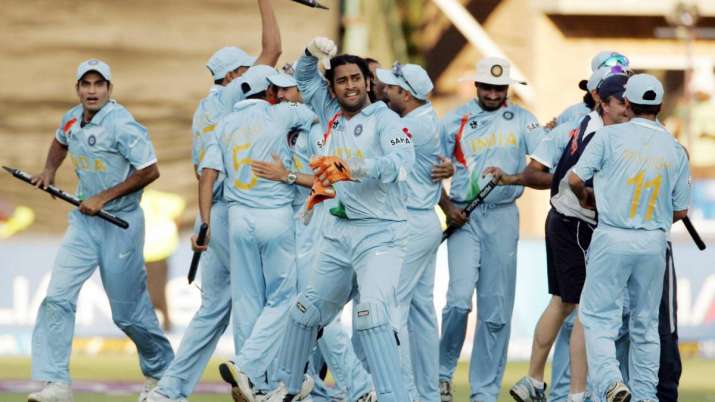 India-Pakistan clashed one more time in the T20 World Cup 2007, this time in Johannesburg in the final match of the tournament. Gautam Gambhir’s 75 (54) and Rohit Sharma’s quick fire 30 (16) aided India to register 157 runs after electing to bat.

The last over thriller was indeed full of suspense as Pakistan’s batting mainstay- Misbah ul Haq’s mis-timed shot staggered Pakistan’s unit, crowning India as the winners of the inaugural edition who clinched the win by five runs.

With Harbhajan Singh leaking a few runs earlier, Indian skipper MS Dhoni gave the last over to Joginder Sharma. The racing hearts and jangling nerves were heightened as the first bowl went wide, the second delivery that went full-toss sailing for a six.  Just when six runs were required from four balls, Misbah played a scoop shot that was caught by Sreesanth at short fine-leg.

After the iconic 2007 T20 World Cup win under MS Dhoni’s captaincy, the skipper gave away his jersey when asked by a fan for it. While this may not be as big as Sourav Ganguly going shirtless at Lord’s but the succeeding skipper- Dhoni also celebrated in a similar fashion after defeating Pakistan in the final of inaugural edition.

A low scoring thriller in Kolkata, Virat Kohli’s 55* (37) was instrumental in bringing India the glory from the jaws of defeat in the 18-over per side match. Robbed performances from Indian batters, the men in blue struggled to keep their momentum going until Kohli’s lion hearted knock took India home with six wickets and 13 balls to spare.