“Why Citizenship Law Was Necessary”: Union Minister On Afghan Crisis 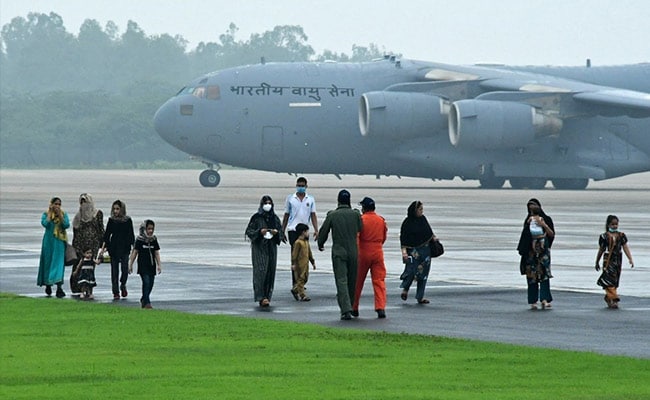 Earlier today, 168 people, 28 of them Afghan nationals desperate to flee the Taliban, landed in India.

Union minister Hardeep Singh Puri today cited the evacuations from Afghanistan to back the controversial Citizenship Amendment Act, which set off an escalating string of protests around the country in which. Nearly 100 people had died in police firing and related violence. The law allows citizenship to persecuted non-Muslims who reached India before 2015.

“Recent developments in our volatile neighbourhood & the way Sikhs & Hindus are going through a harrowing time are precisely why it was necessary to enact the Citizenship Amendment Act,” Mr Puri tweeted.

Recent developments in our volatile neighbourhood & the way Sikhs & Hindus are going through a harrowing time are precisely why it was necessary to enact the Citizenship Amendment Act.#CAA#Sikhs

Earlier today, 168 people, 28 of them Afghan nationals including two senators desperate to flee the Taliban, landed in India. The government has promised help to Hindus and Sikhs from Afghanistan, as well as its friends in the country who need help.

“India must not only protect our citizens, but also provide refuge to Sikh and Hindu minorities who want to come to India. We must also provide all possible help to our Afghan brothers and sisters who are looking towards India for assistance,” Prime Minister Narendra Modi was quoted as saying at a meeting of the Cabinet Committee of Security last week.

Passed in December 2019, the CAA  provides for citizenship for non-Muslim minorities from Muslim-majority countries like Pakistan, Bangladesh and Afghanistan if they fled due to eligious persecution and entered India before 2015.

Critics believed the law, along with the National Register of Citizens, will be used to target Muslims. The epicentre of the protests was at Delhi’s Shaheen Bagh, where women of all ages kept it going round-the-clock for nearly three months till the Covid pandemic hit and lockdown was declared.

The law came into force from January 10, 2020. But the rules under the law are yet to be notified and citizenship to the eligible beneficiaries will be given after these rules are formed.

On August 4, during the monsoon session of parliament, Union Minister of State for Home Nityanand Rai `told the Rajya Sabha there is no proposal under consideration of the government for any further amendment of the Citizenship Act.

One thought on ““Why Citizenship Law Was Necessary”: Union Minister On Afghan Crisis”